Sign up to our social Questions and Answers Engine to ask questions, answer people's questions, and connect with other people.

Sign in to our social Question and Answer Platform to ask questions, answer people's questions, and connect with other people.

Lost your password? Please, enter your email address. You will receive a link and will create a new password via email.

Please briefly explain why you feel this question should be reported.

Please briefly explain why you feel this answer should be reported.

Please briefly explain why you feel this user should be reported.

Close
Ask a question
Home/ ICT/What are the best ways of turning off/shutting down a computer?

We are in the digital world or the world of technology. Many people use ICT equipment which are so many. They include radios, televisions, telephones, computers, tablets, among others. At this time, let’s talk about computers. Let us see the appropriate ways of turning off our desktops and laptops.

How do we turn off our computers correctly?

Our computers, either laptops or desktops have both hardware and software components. The hardware components are the tangible parts of a computer. When we want to use our computers, we have to power them on; and the only way to do so is to press the power button for some seconds.

When we finish our work, it’s time to turn off our devices; but some people do not do it correctly. Simply, they press the power button as they did while powering them on. Others automatically close the laptop’s lid (the part of a laptop which contains the screen), and both ways are very harmful to the computers.

Let’s then see how we have to power off our computers correctly: This is the case of the computers with Windows 10 Operating Systems.

1. If you have finished your activities (like writing documents, browsing on Internet, watching movies,..), close all opened windows. Check on the taskbar to make sure that there are no other opened programs.

2. Click on the “Start button” and go up to click on “Power”, then select “Shutdown”. Your computer will power off/shut down perfectly. 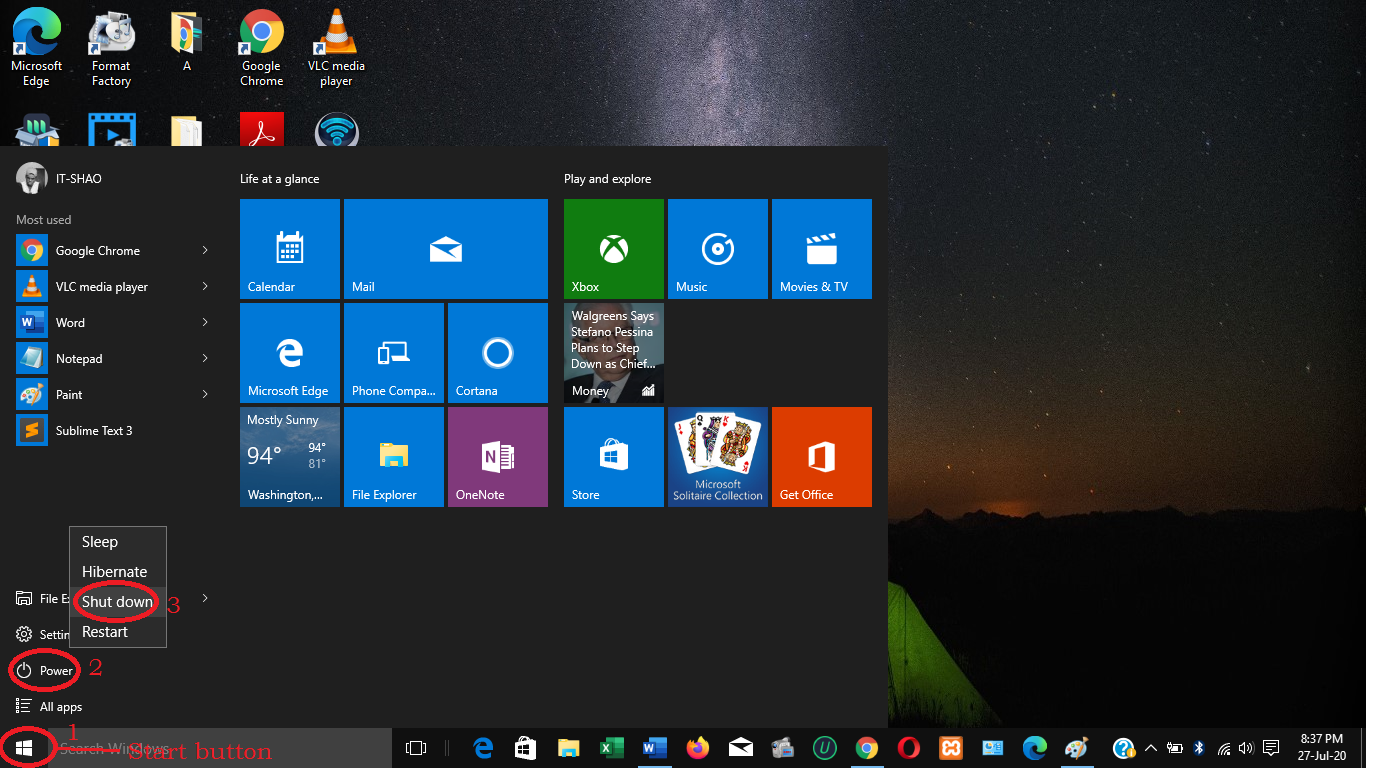 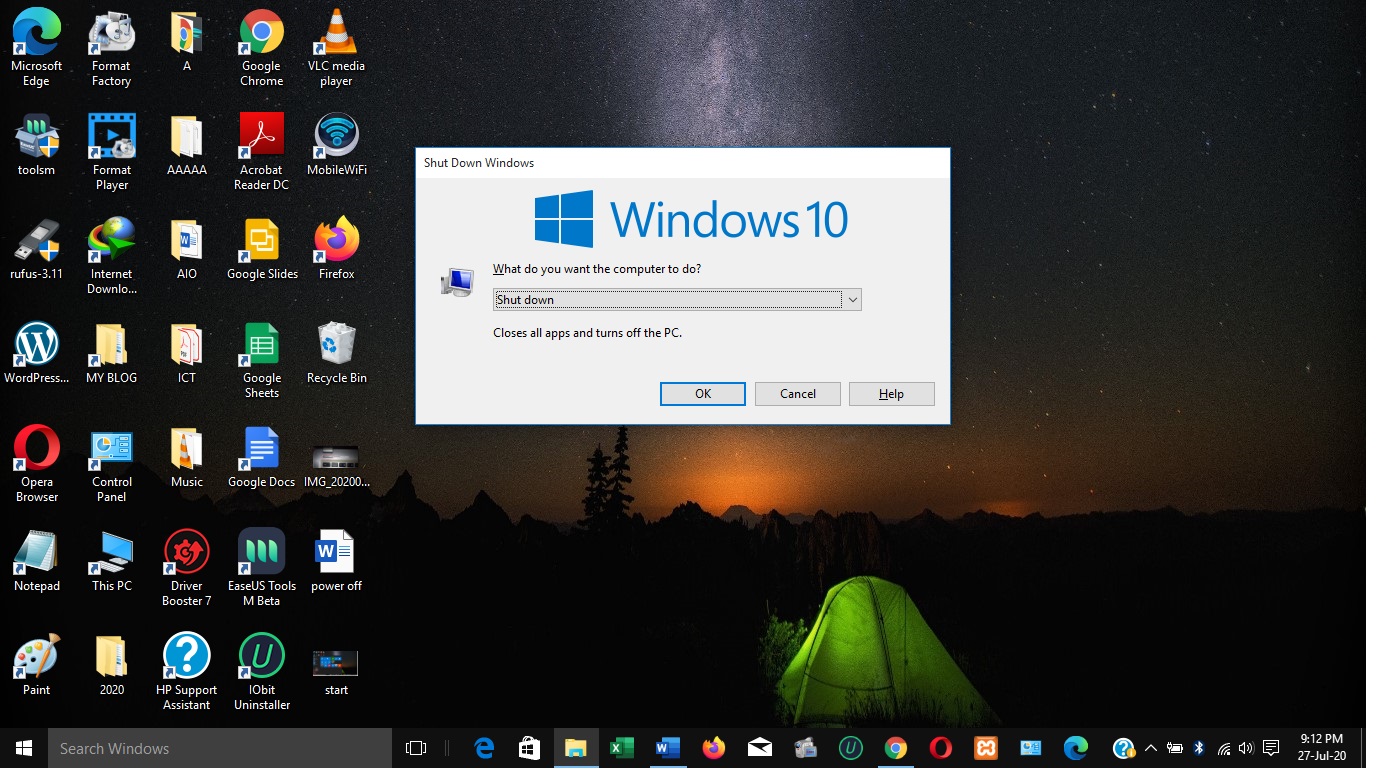 2. Once they give you that option in the above picture, click “OK” to shut down your computer. If the “shut down” option is not visible, click the drop-down sign to check all options as shown in the picture below. 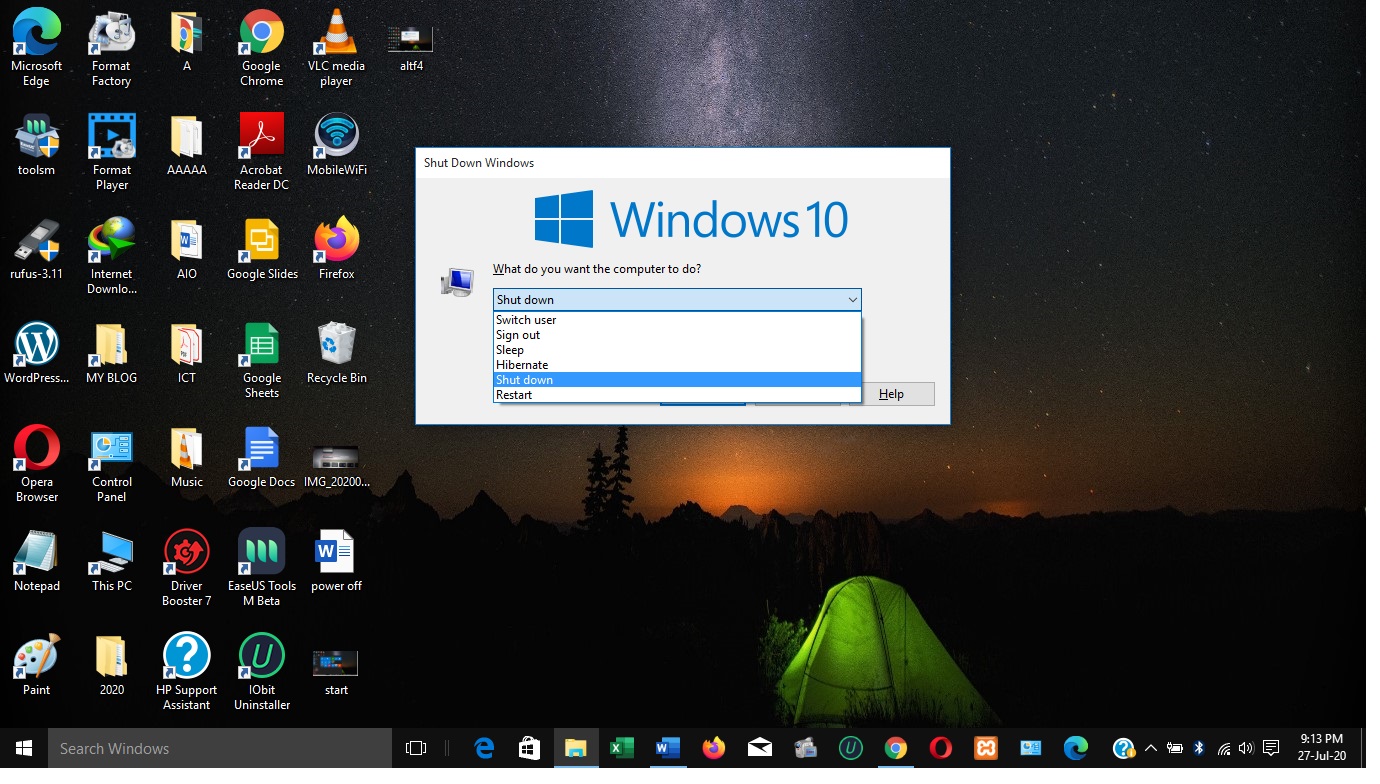 3. After displaying all options as in this picture, select “Shut down” and then click on “OK”.  Your computer will automatically shut down correctly. Remember that these steps are applied in Windows 10 although some of them can also work in other Windows Editions.

Note that almost all the issues that prevent the computers from turning on are caused by shutting them down incorrectly. From this time, everyone will be able to turn off/shut down his/her  Windows 10 computer perfectly.

computer
Previous article What is the use of ICT?
Next article How to create a user account in Windows 10