Sign up to our social Questions and Answers Engine to ask questions, answer people's questions, and connect with other people.

Sign in to our social Question and Answer Platform to ask questions, answer people's questions, and connect with other people.

Lost your password? Please, enter your email address. You will receive a link and will create a new password via email.

Please briefly explain why you feel this question should be reported.

Please briefly explain why you feel this answer should be reported.

Please briefly explain why you feel this user should be reported.

Poetry is a genre of literature characterized by the use of a distinctive style and rhythm to express feelings and ideas with special intensity.

Poetry is distinguished by its structure (verse form as opposed to paragraphing) and the strong feelings the poet expresses using concise language. It is marked by the use of few words which helps to build on emotions expressed.

There are many types of poetry. Poetry can be grouped according to the content and subject matter.

Therefore, poetry can be categorized as:
-Narrative
-Descriptive
-Lyrical

It is a type of poetry which tells a story about an experience or an event. Narrative poetry relates events in the form of a story.

Characteristics:
–The poem tells a story.
-It may or may not rhyme.
-It could be short or long.
-It has a beginning, middle and end.
-There is a strong sense of narration, characters and plot.

It is a type of poetry which describes as it explores the sensory experiences of a moment by evoking our senses (the sight, the hearing, the smell and the taste).

Characteristics:
– The poem use language that creates images and feelings in the reader.
-Most descriptive poems are long.
-They are deep in depicting the person, animal, object or the idea being described.
-They are less imaginative but more didactic or preachy.
-They are realistic and do not delve into emotions and metaphors.

It is a type of poetry usually recited or even sung in the accompaniment of a musical instrument. Lyrical poetry expresses intense personal emotion in a manner suggestive of a song. It is different from a narrative poetry as it expresses the thoughts and feelings of the poet.

Characteristics:
–It expresses personal feelings or thoughts.
-It has a musical quality.
-Most lyrical poems are short.
-They are mostly written in 1st person and include the writer in the poem.
-They mostly express intense emotions.
-The emotions expressed tend to lean towards the extremes in life such as love, death or loss.

A poem is a piece of writing in which words are chosen for their beauty and sound and are carefully arranged, often in short lines which rhyme.

Apart from the content, the form or structure of a poem will also determine which type of a poem it is. Therefore, we can have concrete and acrostic poems.

A concrete poem usually called pattern or shape poetry, is a poem whose visual appearance matches the topic/subject matter of the poem. The emphasis is on form which distinguishes it from other types of poetry. 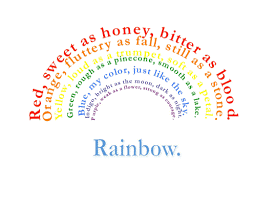 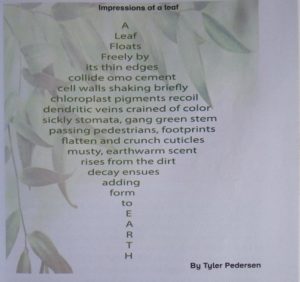 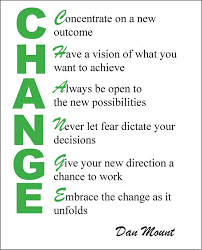 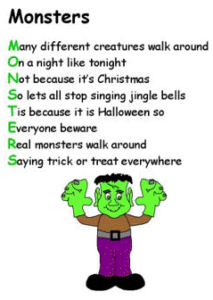 –They spell out words using the first letter of each line of poetry.
-The word spelt is the name of a person or an object being described by the poet.
-Each word usually has its own verse and the verses can be separated by a line.
– Usually, acrostic poems do not have to rhyme.

IV.3. OTHER TYPES OF POEMS

a. An ode:  It is a poem that speaks to a person or thing or celebrates a special event.
It is a kind of poem devoted to praise a person, an animal or thing.

b. An epic: A long poem about the actions of great men, women or about a nation’s history.

c. An elegy:  – It is a poem or a song composed especially as a lament for a deceased person.
–It is a poem/song that expresses sadness especially for someone who has died.
– It is also a mournful or funeral song or a poem of lamentation.

d. A duet: It is a poem with two lines in each stanza.

f. Haiku: It is a Japanese form of poem which consists of three lines, with the first and last lines having 5 syllables and the middle line having 7.

g. Couplet: Two lines of verse which rhyme and form a unit alone or as a part of a poem.

h. Free verse: This is a poem that does not follow any rules.